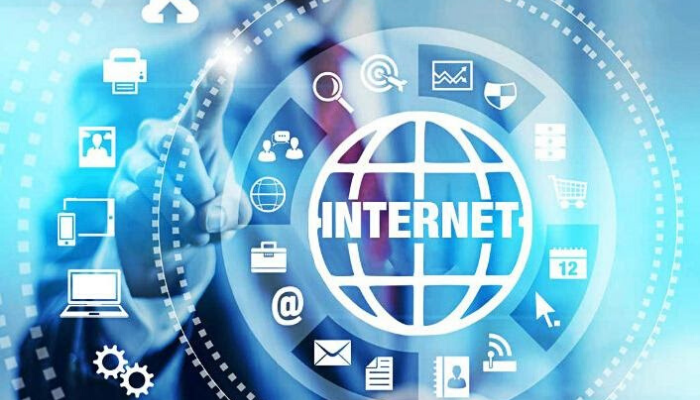 In this world of technology, everything can be done online, from entertainment to work. There isn’t a single thing you can’t do online, well, except for a few things. But you can do almost everything. People use the internet for various purposes. You can use it to game online, or run your online business.

You can use the internet to access websites on the Internet for entertainment purposes like YouTube. You can connect to people online, and talk to your loved ones no matter how far you are from each other, and even send Electronic Mails (e-mails) to each other.

But how does a computer tell when new data has arrived from the internet? Well, keep reading to find out.

What is the Internet?

The Internet is the global system of interconnected computers that utilize the Internet Protocol Suite to communicate between networks and devices. The Internet allows your device to share data with other connected devices, and the data travels in packets, each carrying a maximum of 1,500 bytes, and it’s linked by a broadway of electronic, wireless, and optical networking technologies.

The Internet was first started as a government project, so that data could be sent across computers with ease. The Advanced Research Projects Agency funded into time-sharing, and packet-switching of computers during the 1960s. The Internet was only meant to be used by the government but later, it was decided that it would be released to the public.

Nowadays, everything can be done online, from watching TV to sending Mails. Mails have been replaced by e-mails, and there are various services online that you can use to watch TV instead of utilizing cable services. On the internet, each constituent network sets it’s own policy and is not bound by single centralized governance.

How does a computer assemble data, and recognize it?

Packets of data contain a maximum of 1,500 bytes and travel across the internet in the form of binaries. The bytes are surrounded by a wrapper with a header and a footer, and the wrapper contains information about where the data came from, what it is, its final destination, and how it fits together with the rest of the data.

The computer utilized electricity to process data, and represent the data in witches using a binary coding system. So when you send an e-mail to someone, it’s broken into packets in the form of binaries that travel across the network, and the packets don’t need to follow the same path, and once they arrive at their final destination, they’re assembled like a puzzle to recreate the message.

The same principle is followed by all the data that’s transferred through the internet, helping networks manage traffic – allowing traffics to switch pathways if the current one becomes clogged, differing from the original phone system, that had a dedicated circuit through a series of switches.

They contained a dedicated connection for data to pass back and forth through, and if something happened at one end of the connection, the entire process would be disrupted. The issue has since been fixed with the introduction of traffic across IP networks, allowing data to travel through an alternate route if the current one fails.

If a packet doesn’t make it to the destination and/or gets corrupted along the way, the receiver can reference other packets to see which one’s missing, or causing a problem. Once the corrupted/missing packet has been located, the receiver sends a message to the sender to send the packet, or the data again. All this happens at lightning speed.

So, how can a computer tell when new data has arrived from the internet? Well, the data arrives in forms of packets, and the computer assembles it like you’d assemble a puzzle, as for websites two types of protocols are followed to ensure that you’re safe to connect.

These two are SSL and TLS, SSL being the predecessor of TLS, and is much more secure. We hope this article answers your question about how a computer tells when new data has arrived. If you have any further queries, feel free to comment down below!

Read More : Can you be tracked if you use a VPN?