Home 5g How To Protect Yourself From 5G 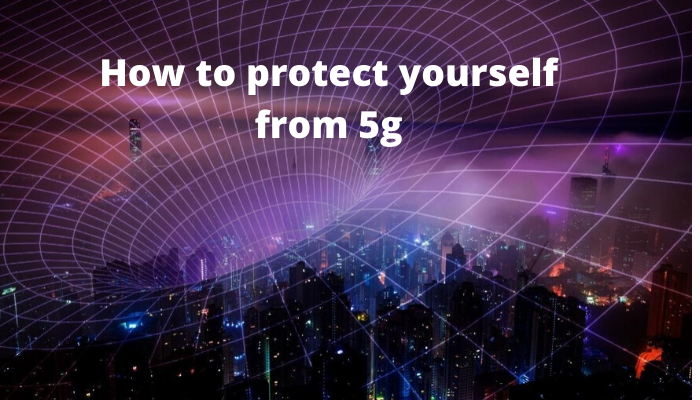 When 5G was released, many scientists complained that the radiation would have detrimental effects on the human body. In this article, we will explain why 5G is dangerous and how you can protect yourself against it.

5G is the next-generation of wireless communication, taking a huge leap from 4G. 5G provides speeds of up to 20 Gbps, dropping network latencies from 30 ms to 1 ms. As the prominence of 5G grows, people are beginning to question the health hazards related to this innovative technology.

Upon hearing the word “radiation”, you may think that it is dangerous, but radiation can’t always be dangerous. The energy emitted from anything in this universe can be considered radiation, and whether it’s harmful or not depends solely on its sort.

For instance, a few dangerous radiations are X-rays and UV rays. These rays can lead to the development of tumors and cancers. These types of radiations are called “ionizing rays”. As for 5G, its micrometer and millimeter RF radiations fall into the non-ionizing category. This category doesn’t have enough energy to distort the human mind, hence, it’s been ruled out as non-lethal.

Is 5G Completely Harmless Though?

A few kinds of research conducted by the World Health Organization’s International Agency for Research on Cancer classified radiofrequency radiation as potentially 2B carcinogenic and could be linked to certain types of brain tumors. Although, caffeine and talcum powders come in the same category, so it might not be 100% correct.

In a study published by the National Toxicology Program in 2018, it was shown that rats exposed to high levels of 2G and 3G radiations developed cancerous heart tumors. The duration of the exposure was revealed to be higher than the highest level of possible exposure in humans, but 5G differs from these two in many aspects.

Most studies conducted on RF radiations have failed to connect it with tumors. Public safety governing bodies also deny any imminent danger to public health and safety. In 2018, the Food and Drug Administration (FDA) issued a statement saying that the current safety limits of cellphone radiofrequency exposure are acceptable for protecting public health.

5G’s millimeter waves have extremely large wavelengths and extremely small frequencies, which means if there’s something in-between you, and the 5G device, you’ll lose signals on your device.

So, to overcome that problem, base stations and cell towers will be planted at short distances to create a ubiquitous atmosphere of RF signals all around us the entire time.

These millimeter waves that 5G mainly operates could be reasons for problems of the skin, the eyes, and the nervous system according to Dr. Joel Moskowitz, a public health professor at the University of California states.

And the capillaries and nerve endings in the skin’s epidermal layer could cause these radiations to bio-transmit themselves through molecular mechanism to the nervous system. This could be extremely harmful to kinds, the elderly, and most of all, pregnant women.

How To Protect Yourself From 5G?

Keep your devices away from your body, especially when you go to bed. These devices can be your phones, computers, and routers. Limit your use of the devices. Place your phone in your bag instead of your pocket.

These may seem like going a little overboard, but there’s nothing to lose in being a little more careful, especially considering the additional amount of cellular towers that are going to be planted. This device can help identify the intensity and areas of high radiation near you.

The concerns related to the damage that can be caused by RF radiations to the human body escalate, prompting many sellers in the market to come up with EMF shields that can be put up on digital devices.

Sellers have come out with EMF cases for phones, routers, computers, and even TVs that claim to minimize the RF impact by up to 92%. Although most of these may not be as effective as they promise, they will still help you minimize the impact of RF radiation around you.

Providing speeds of up to 10-20 Gbps, 5G still comes with a minor defect. Although many studies have failed in relating its RF radiation to any tumors, it can still cause some problems for the skin, the eyes, and the nervous system.

It may not be as dangerous as UV rays, or X-rays, but it is still harmful even though the radiation it emits counts as non-ionizing radiation. Hence, a few safety measures should be taken to keep yourself protected from 5G. You can do that by distancing yourself, installing EMF measuring devices, or using EMF shields on your devices.

Read More : How To Install The Spectrum TV Application On FireStick TV 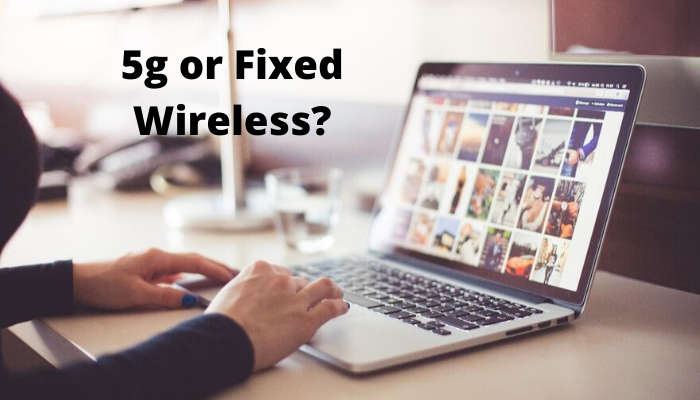